We are a community of doctors and patients, solving health problems together.

Not too sure about a pain you've been feeling recently? Maybe you need a second opinion on a procedure?

Join as a user
Or Join with
FacebookGoogle

Looking for new ways to connect to your patients? Ever felt technology could enable health education at scale?

Go Back
THE GERD PUZZLE 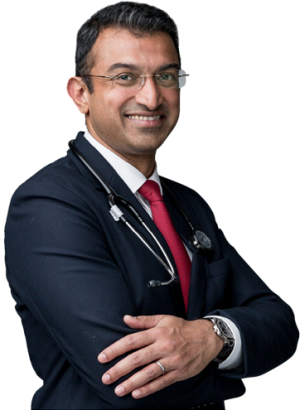 Gastroesophageal reflux disease or GERD for short is a common digestive condition. It occurs when gastric content frequently flows back up into the oesophagus, resulting in a “burning” sensation along the throat or chest. It can lead to severe chest pain and throat discomfort.

Anyone, including infants and children, can have GERD. If not treated, it can lead to more serious health problems. In some cases, medicines, or surgery. However, many people can improve their symptoms changing certain lifestyle habits which we will touch on later.

Nearly everyone will experience heartburn at some point in their life.

Based on a population-based study in Norway in 2010 , the prevalence of weekly heartburn rose nearly 50% over the last decade.

Between 20-30% of adults worldwide experience acid reflux symptoms weekly and this present causes for concern in us as doctors to assess if a patient requires more advanced treatment.

A large study in Sweden also found that patients with reflux symptoms had a higher risk of developing oesophageal cancer compared to those who did not have reflux.

Hence, patients with such symptoms are advised to seek medical attention early to do an assessment and evaluation of their symptoms.

One of the more common symptoms encountered in our line of work is patients coming in with Heartburn. Heartburn results in a painful burning feeling in the chest or throat and usually occurs after consuming certain food in their diet.

If a patient experiences frequent Heartburn. They are diagnosed as having GERD.

A number of food can cause heartburn. The common ones include:

• Citrus fruits and products, such as lemons, oranges and orange juice

• Coffee and caffeinated drinks, including tea and soda

Other Common Symptoms related to GERD:

GERD if untreated would lead to serious complications. Complications could include:

• Esophageal malignancy (cancer of the oesophagus)

GERD can negatively affect the quality of life of a patient. Night-time reflux can compromise sleep for people who sleep in a typical horizontal position. This can in turn affect alertness and productivity the following day.

Patients with GERD would also be required to follow stricter dietary restrictions including regimented timing of meals and the need to avoid consuming foods and beverages that trigger reflux.

Who are at Risk of Developing GERD?

Conditions that can increase your risk of GERD include:

• Connective tissue disorders, such as scleroderma

Factors that can aggravate acid reflux include:

• Eating certain foods (triggers) such as fatty or fried foods

• Drinking certain beverages, such as alcohol or coffee

• Taking certain medications, such as aspirin

GERD can be treated with a series of lifestyle modification and dietary habit changes along with medication. By advising patients to make a change in their dietary habits and lifestyle, the condition can improve.

• Consuming smaller portions of meals many times a day

For patients with manageable symptoms of GERD, medication targeted at reducing the stomach acidity and increasing motility would suffice.

Proton Pump Inhibitiors (PPIs) can be considered either as a step-up or step-down approach.

Monitoring of the patient will then be advised to observe for the need to proceed to more advanced treatment options.

When does a patient qualify for surgery?

A patient would qualify for surgery when the following conditions are met:

• Development of Barrett’s oesophagus (thickening and reddening of oesophageal lining)

However, there are also various factors to be considered if a patient would like to proceed with surgery despite not meeting the above conditions:

• Lifelong need for medication and expense

Laparoscopic anti-reflux surgery (also called Nissen fundoplication) is used in the treatment of GERD when medicines are not successful. Laparoscopic antireflux surgery is a minimally-invasive procedure that corrects gastroesophageal reflux by creating an effective valve mechanism at the bottom of the oesophagus.

The aim of the surgery if to restore a physiological Lower Esophageal Sphincter (LES).

There are also several benefits to opting for Laparoscopic fundoplication as opposed to traditional fundoplication. Patients have:

• Average of 7.5 days or less to return to normal activity

• The fundus of the stomach is wrapped around the lower esophagus

• This tightens the lower esophageal sphincter and reduces acid reflux into the esophagus.

• Portion of stomach used (anterior and posterior or anterior only)

• Combination with other procedures

There are several risk of complication which may arise following the procedure:

Other forms of GERD treatment surgery

Surgery can repair a hiatal hernia by pulling the stomach back into the abdomen and making the opening in the diaphragm smaller. At least 3-5cm of oesophagus should be in the abdomen during repair.

There are other forms of consideration when considering Hiatus Hernia Repair.

• Recurrance of symptoms and migration

• 10-20% of patients experience persistence of recurrence of symptoms

Review of possibility of failure in anti-reflux surgery

A series of investigations were launched to detect the possible causation for failure in anti-reflux surgery. The following factors have to be considered:

• Important to rule out achalasia

• Many studies have shown that in patients with recurrent heartburn, abnormal reflux is present in only 23-39%

• Type 1A hernia: both GEJ and wrap are above the diaphragm

• Type 1B hernia: wrap located below diaphragm, GEJ located above diaphgram, usually caused by limited mediastinal dissection with only 1-2cm of esophagus below diaphragm

• Type II hernia: stomach located above the wrap and herniated through diaphragm usually caused by faulty closure of hiatus and redundant fundoplication

• Type III hernia: body rather than fundus is used to construct the wrap, both wrap and GEJ in subdiaphgramatic position

When should patient undergo Re-Operation?

Re-operation usually involves taking down prior wrap, bringing fundus of stomach to its original position in left upper quadrant, assessing hiatal closure and position of gastroesophageal junction (GEJ) in relation to diaphragm.

Operation would be determined by the following:

• If GEJ is still too high, higher mediastinal dissection should be performed

• If GEJ is still not reduced below diaphragm, Collis-Nissen lengthening procedure might be necessary

It is important to assess what is the best option available for the patient prior to embarking on re-operation.

GERD is a common problem in Singapore and around the world and is on the rise due to factors like unhealthy lifestyle and increasing rate of obesity.

It negatively affects health and quality of life, and increases the likelihood of developing Barrett’s oesophagus, peptic stricture and oesophageal cancer.

The appropriate use of medicine under the supervision of healthcare providers has been shown to be a safe and effective way for most established cases but close observation is required to identify possible complications resulting from GERD.

A change in dietary habits and lifestyle can also help to reduce the recurrence of GERD symptoms.

In severe cases, GERD can be treated effectively with laparoscopic fundoplication.

Antireflux surgery is safe, effective and durable in well selected patients and although rarely required, may be an important option to tackle severe and complicated GERD, especially when medical therapy fails.

General Health
Join our community in safely discussing general health concerns you have for yourself or for your...
WHICH TOPICS WOULD YOU LIKE US TO WRITE ABOUT NEXT?
Related Doctors